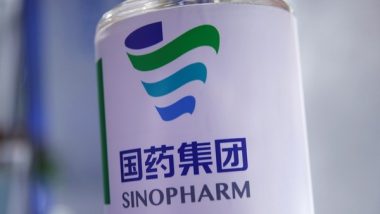 Disclosure of procurement price of China’s Sinopharm vaccine in Sri Lanka has sparked a row after reports emerged that Colombo had to shell out a higher per-dose price than its fellow South Asian country Bangladesh.

According to Dhaka-based Daily Star, Sri Lanka is paying $15 per dose for the Sinopharm vaccine, which is $ 5 higher than what Bangladesh paid.

Contrary to media reports, Sri Lanka’s State Minister of Supply and Regulation of Pharmaceuticals Professor Channa Jayasuma said there is “no such an agreement to give the vaccine at $ 10 for Bangladesh.”

The minister said they had been informed by the Chinese Mission in Colombo and the Sinopharm company that there is no such agreement to give the vaccine at $10 for Bangladesh.

Jayasuma’s claims stand in contrast with what Bangladesh’s Finance Minister AHM Mustafa Kamal, a Cabinet Division official, said earlier this week that Dhaka was purchasing the vaccine at $10 per dose.

“We have procured the vaccines with the minimum cost we could and at a competitive price,” he said.

“The prices of COVID-19 vaccines range from USD 18 to USD 40. The prices are subject to changes due to numerous reasons,” the Health DG underlined.

Besides Sri Lanka, the Bangladesh government has also approved the purchase of millions of doses of the COVID-19 vaccine from China. From June onwards, shipments will arrive in Bangladesh in three phases, with five million doses in each consignment, bdnews24 reported.

Similarly, Sri Lanka is reported to have purchased one dose of AstraZeneca vaccine for $ 5.50, which is almost one-third the price being offered by Beijing.