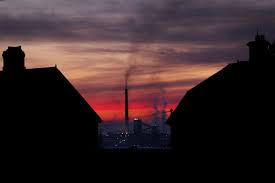 More than 90 percent of large companies that have stated commitments to reaching net-zero emissions will miss such goals at their current pace, according to a new report.

Among 2,000 global corporations analyzed by consulting firm Accenture, about a third, 34 percent, have a public net-zero commitment — an increase from last year, the report states. However, 93 percent are on track to miss their goals by midcentury unless they quicken their pace.

Even an “accelerated scenario,” in which the pace of emissions cuts doubles through the end of the decade and quintuples through 2050, still means 40 percent of companies will miss their goals — and a quarter will miss the target by 2050, which climatologists have called the deadline to stave off catastrophic warming.