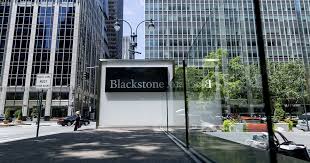 With the announcement of Blackstone Group Inc’acqusition of Piramal Group’s Piramal Glass, Piramal Glass Ceylon PLC (PGPC) in a market disclosure to Colombo Stock Exchange (CSE) on the same day announced that its parent reached an agreement to sell PGPC for a value of INR 5.1 billion ( $69.3 million) to a company named Pristine Glass, based in Mumbai, without further divulging into details.

ICRA India recently confirmed that Pristine Glass is a part of the Blackstone Group and the Sri Lankan entity was included in a nearly $1 billion deal.

” Earlier, on December 11, 2020, Piramal Glass Ceylon PLC (PGC Ceylon), a 56.45% subsidiary of PGPL, intimated the Colombo Stock exchange that a sale and purchase agreement has been entered into between PGPL and Pristine Glass Private Limited (Pristine Glass; part of the Blackstone Group) for the sale of the entire equity interest of PGPL in the company to Pristine Glass for an EV of Rs. 516.6 crore. This is a part of the overall EV of $1 billion mentioned above,” it said.

Meantime, PGPC this week announced that Pristine Glass has been renamed to PGP Glass private Limited.