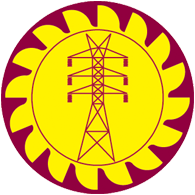 Ceylon Electricity Board Engineers Union (CEBEU) calls for the removal of the CEB Chairman M C Ferdinando amidst escalating row on the appointment of CEB General Manager (GM) in the midst of power crisis.

An emergency Board meeting was called today 21st of January 2022 afternoon, specifically to appoint the new General Manager, Dr, M N S Pepera to CEB after officially receiving the written approval of the Minister as required under CEB Act to appoint the next GM.

However, CEBEU in a media release said that Attorney General has officially communicated his opinion as to how the next GM appointment is to be made.

“These two documents cleared all doubts that the “acting” appointment made by CEB Chairman earlier of a person above 60 years of age (and is currently on bail with two pending court cases) violate the order of the Court of Appeal,” it said.

However, CEBEU accused that CEB Chairman M C Ferdinando had purposely evaded the Board meeting and attended a discussion at treasury on the Yougadhanavi deal instead.

“It is very clear to CEBEU that the CEB chairman is purposely disrupting the CEB decision-making machinery during this critical power crisis to inconvenience the government and public with a view of showing that buying LNG from New Fortress is the only solution left to the country to keep lights on,” the Union charged.

“In order to prove to courts later that such action is legitimate, he had also ordered Deputy General Manager
Personal to bring posting letters of 50 new Engineering recruits to his signature. He had also hurriedly placed his signature on the Annual Transfer circular of CEB to ” legitimize” his appointment. It is learnt that he had done this on the advice of the Chairman to prove later that he was the duly appointed GM and hence his signature placed today on Yougadhanavi, New Fortress documents are valid,” it noted.

CEBEU expresses its strongest displeasure at the conduct of present CEB Chairman M M C Ferdinando, who is trying to run CEB as his own property and doing all these manipulations to achieve his sole ambition in CEB, striking the Yougadhanavi New Fortress LNG deal.

“We call the authorities to immediately remove this disgraceful chairman from this office and create a proper working environment before the whole country plunges in to darkness,” CEBEU demanded.