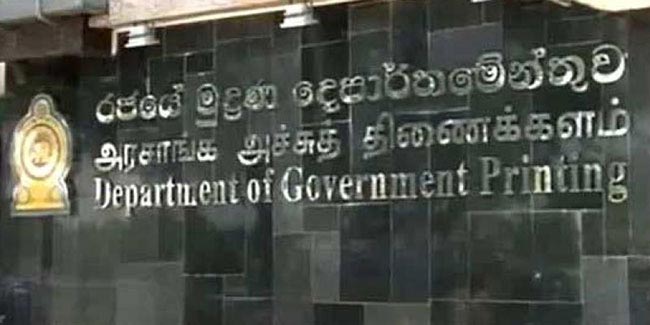 The Gazette notification pertaining to the dissolution of the Parliament has been sent to the Government Printer.

Accordingly, the Parliament will be dissolved with effect from midnight today (02).

Reportedly, the General Election will be held on the 25th of April, 2020.

Under the 19th Amendment, the President has been vested with the power to dissolve the parliament after four and a half years of the sitting of Parliament.

The five-year term of the 8th Parliament began on September 1, 2015, following the parliamentary elections held on August 17, 2015, and is due to expire in August this year.

Accordingly, the President has the power to dissolve the Parliament at any given moment since midnight yesterday (01).