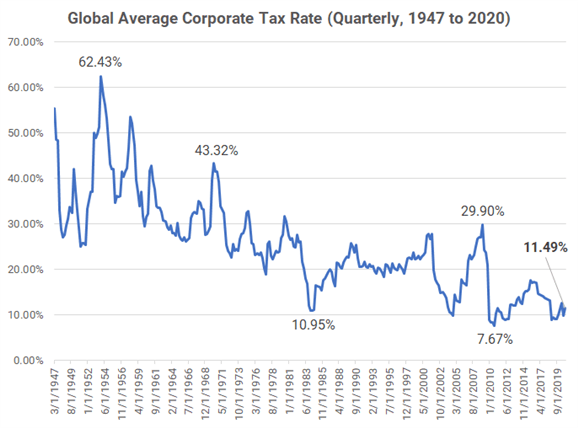 What may seem impossible to employees is common practice for multinationals: they shift their profits around the world until they no longer have to pay taxes on them. A global minimum tax on corporate profits could put an end to tax evasion. The chances of this happening are better than ever.

This sounds like a fairy tale: The whole world is supposed to agree on a global tax. And it is powerful corporations such as Amazon, Google and Apple that will be expected to pay the tax. This could soon become reality – at least according to the finance ministers of the G20 countries. They are working on a global minimum tax for international corporations and a digital tax for Internet giants.

46 billion of the 170 billion are lost through the shifting of private assets to tax-friendly countries, 64 billion are lost to cross-border VAT fraud. And 60 billion euros are shifted by corporations through legal tax shifts to countries with low or no profit taxes. This is exactly the loophole that the international community now wants to close.

What would be unthinkable for employees and small businesses is legal for mega-corporations. Alphabet, for example, the mother company of Google, transfers its European profits to Bermuda. The island in the middle of the Atlantic has no corporate profit taxes – and probably not much else to do with Google. However, one of the corporate headquarters of the Internet giant is located in Bermuda. That’s where European subsidiaries of Google transfer high fees for the license and use of the search engine. This reduces their profit and saves the company from annoying taxes within the EU.

A global minimum tax for companies aims to put a stop to this tax trick. The idea is that if there is a unified minimum tax all over the world, corporations will no longer be able to shift their profits to countries without taxes. A tax rate of 12.5 percent is under discussion.

Corporations would still be able to shift their profits back and forth. But according to the concept, if a company sends profits for example from France to Bermuda, the domestic government could impose a 12.5 percent tax on the money shifted. Such a global minimum tax could generate up to $100 billion (about 84 billion euros) a year, the OECD group of countries estimates.

The finance ministers of the G20 countries are also currently considering a second tax idea: a digital tax. This would mean that Internet giants such as Amazon and Apple would pay taxes not only at their headquarters, but also where they generate their sales.

However, many experts agree that a global tax reform has never been as possible as it is now. The reason: After Donald Trump blocked the idea for years, the new U.S. administration under Joe Biden is now pushing the concept forward. U.S. Treasury Secretary Janet Yellen wants to end global tax competition with a minimum tax. The fact that the United States, the world’s largest economy, is on board could help achieve a breakthrough for the global tax.

A letter from Millionaires: “Humanity is more important than our money”.

Meanwhile, support for higher corporate taxation is also coming from unexpected quarters. The International Monetary Fund (IMF), for example – usually an advocate of large corporations – is calling for crisis winners and the rich to pay more for a limited time. Even Amazon boss Jeff Bezos, whose company would be affected by the higher tax, supports raising corporate contributions.

Last year, 83 millionaires from various countries wrote an open letter. They demanded “permanently higher taxes for the richest people on this planet, for people like us. The appeal ends with the words, “Tax us. Humanity is more important than our money.”