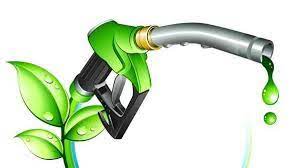 All states currently rely substantially on petroleum based fuels for power generation, transportation and agricultural activities. The fact that only a few countries generate the majority of petroleum has resulted in high price volatility and supply uncertainty for the world’s consumers. Many countries with the advancement of science and technology have since started looking for alternate fuels that can substitute petroleum derived fuels such as petrol and diesel. Methanol, ethanol, biogas, hydrogen and vegetable oils are a few of the substitutes under consideration.

Due to the short supply of conventional fuels and environmental concerns, biodiesel has attracted a lot of attention as a possible alternative to fossil fuel in the last two decade. At present Sri Lanka is facing an unprecedented economic crisis due to a shortage of foreign exchange. Sri Lanka imports 100% of the petroleum based fuels amounting up to more than 5 Billion USD per annum for petroleum fuel imports amounting to about 25% of the total import expenditure according to Economy Next. This cost is rising rapidly due to increasing global crude oil price with the onset of Russia-Ukraine crisis. Sri Lanka is heavily dependent on fossil fuels; about 54% out of which 43% for power generation is from Diesel and Furnace Oils and 99% for transport and related activities including agricultural machinery operation.

Ethanol produced from renewable resources is termed bioethanol, and is a good substitute for petrol.

Common feedstock for production are sugarcane, molasses, sugar beet and starch based wheat, corn, cassava, etc. (Gunawardena, 2009). Most of these are edible food and therefore there is a debate regarding the use of food material for bioethanol production.

Spark ignition engines can utilize bioethanol well because of its characteristics. Its flammability limits are broader, its flame speeds are faster, and its octane number is higher (Gunawardena, 2009). These characteristics enable shorter burn times and higher compression ratios ideal for internal combustion engines of petrol vehicles. However, ethanol has a lower energy density and higher evaporation rates. Hence, It is ideal to mix ethanol with petrol as a mix (blends of various ratios) to harness the benefits while reducing or eliminating disadvantages especially the lower energy density.

Fuel grade ethanol sources such as sugar cane can be cultivated locally for at least the partial replacement of petrol through using blends. Local sugar production will also increase as a result and can be used to reduce foreign exchange outflow from imports of petrol and sugar.

Brazil already uses various blends of ethanol from ethanol sourced from its large scale sugar industry. It is sold under the term Gasohol in Brazil. US uses ethanol derived from its large Corn (Maize) industry for biofuel blends.

lternative to fossil fuel derived Diesel; biodiesel can be created using renewable biological resources like animal fats and both edible and non-edible vegetable oils. Certain characteristics of vegetable oils make them appealing as alternatives to diesel fuel. Typically, vegetable oils are esters of glycol with varying chain lengths and saturation levels. These oil molecules contain a significant amount of oxygen.

Practically, the higher viscosity of vegetable oils compared to diesel causes unfavorable and ineffective fuel–air mixing causing incomplete combustion, and high flash points with increased carbon deposit deposition and poorer coking (Gunawardena, 2009). Due to these issues, vegetable oils needs to be altered to more closely resemble diesel fuel in terms of its combustion-related qualities. The major goals of the fuel alteration are to make it more volatile and reduce its viscosity (Gunawardena, 2009).

Transesterification, in which alcohol combines with triglycerides of fatty acids (vegetable oil) in the presence of a catalyst, is one of the most promising methods for turning vegetable oil into methyl ester (Gunawardena, 2009). One of the best non-edible sources is used waste cooking oil. Coconut oil is also a readily available resource in Sri Lanka.

Potential feedstock for biodiesel production includes non-edible seed oils like rubber, jatropha, and neem (Kohomba) as well as used cooking oil and rendered fats (Gunawardena, 2009). However, adequate supplies of feedstock must be accessible in order to create biodiesel on a commercial scale. At present, there is no quantitative data on the aforementioned feedstocks, it is impossible to evaluate their prospective production capacity (Gunawardena, 2009).

Large scale cultivation and extensive production of oil-bearing crops is needed for partial replacement of diesel or make diesel-bio diesel blends. Sri Lanka is a densely populated country with limited land for cultivation non-essential nonfood crops. The only potential non-edible oil feedstock currently available in Sri Lanka for the manufacturing of biodiesel on a reasonable scale is Rubber Seed Oil (RSO) due to existing rubber industry (Gunawardena, 2009).

Studies on bio ethanol and biodiesel has been carried out by many universities and researchers on a pilot scale.

Waste cooking oils can be sourced from local hotels and restaurant chains. At present WCO are sold to and used by small scale restaurants and hotels for further cooking purposes creating high health risks (Gunawardena, 2009).

A strong policy response is needed from the government to mandate research and development of biofuels for transport etc… towards local research institutions and universities.

Studies need to be carried out to check on the economic feasibility of bioethanol production and biodiesel production. This would require a knowledge base and a capital investment which is beneficial in the long run.

Existing studies done in India suggest the possibility of setting up community level biodiesel plants to serve the fuel needs of agricultural communities. Ethanol production is ideal for large scale sugar cane cultivation areas especially for countries such as Brazil.

Research and development to be carried out to check the feasibility of biofuels in Sri Lanka for energy security.

Potential of producing bioethanol or biodiesel in large scale using non edible raw materials could be one of the key solutions for the current local and global energy crisis.