THE WALL OF STRENGTH AGAINST AGGRESSION 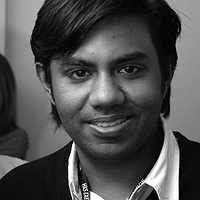 141 of the 193 United Nations member states voted for the UN resolution on Russia’s aggression (thirty-five abstained and five voted against). Almost the entire world has shown solidarity and condemned the brutal aggression of Russia. President Biden addressed the State of the Union a day before the UN vote. Biden bluntly stated the miscalculation by President Putin, who “sought to shake the foundations of the free world thinking he could make it bend to his menacing ways. But he badly miscalculated… he[Putin] met a wall of strength he never imagined”.

War in Ukraine takes us back to the classic scholarship of Carl von Clausewitz’s ‘On War’ and Halford Mackinder’s geopolitics of pivoting to the ‘Heartland (Russia and its surrounding area)’ on the European nation state’s expansion in its immediate periphery. According to Robert Kaplan, Russia’s fear of land-bound enemies is a principal theme of Mackinder’s ‘Heartland Theory.’ In 1762, the Ukrainian writer Semen Divovych authored “A talk between great Russia and Little Russia”. Little Russia was Ukraine. Divovych depicts with clarity the equal status Ukraine wished to maintain with Russia. This writing was produced centuries ago during the systematic integration of Ukraine by Empress Catherine II. The Tsarist Russification of Russia’s immediate periphery has been a geopolitical characteristic of ‘depicting strength’ that Russia has displayed from time to time in its history. Under President Putin, the same Russification project has resurrected in the Ukraine invasion, with a miscalculation.

The entire Russian Geography is 1/6th of the world’s landmass with 11 time zones. It is simply too large to be ignored. The Russians have pushed into Central and Eastern Europe to block nineteenth-century France, twentieth-century Germany, and the twenty-first-century Western alliance of NATO. More than half of the 20th century was defined by the Cold War between Russia and the United States. The 21st century is seeing aggression by Russia and China to follow. Two Asian powers, Russia and China, are stepping up the escalation ladder in respective geographical theatres. Ukraine in Europe and Taiwan in Indo-Pacific. Ukraine and Taiwan have long been peripheries of focus which Russia and China wish to claim. China abstained from the UN resolution against the invasion, just weeks before Beijing and Moscow declared a “no limits” partnership over standoffs on Ukraine and Taiwan. It came with a promise to collaborate more against the West by way of strategic designs by Beijing and Moscow. According to the Indian scholar Harsh Pant ‘The Russia-China’ axis’ is only going to get stronger as both nations prepare to take on the West which is willing to accept even without a fight.’

Russia has launched its biggest war since 1945 in Ukraine. President Putin has alerted the nuclear deterrence force foreseeing a NATO intervention in the coming days. Barry Pavel, senior vice president at the Atlantic Council, assesses a triple threat that will emerge and go beyond the Russia-Ukraine conflict. ‘This Russian triple threat (conventional forces, hybrid warfare, and nuclear saber-rattling) combined with a Russian leader willing to take risk means Europe and the U.S. will face a level of insecurity and potentially instability.’ Ukraine’s invasion is floated not only for regime change, but it’s also only a subset of what Russia wants to achieve in the global arena; the question is, what does Russia want to gain from the invasion? And what characters will be different from their past warfare?

The Cold War created borders and boundaries in the Russian landmass and political space. Reclaiming and escalating the conflict itself is also a bargaining process to achieve the geopolitical objectives. Referring to the work of Herman Kahn during the cold war, “there are at least three ways in which a would-be escalator can increase, or threaten to increase his efforts: by increasing intensity, widening the area, or compounding escalation.” In the next few days, the conflict in Ukraine, its quantitative increase in the intensity of firepower, the territorial overspill to other neighbouring nations of Ukraine could occur. While the area of growth of conflict is a concern, the significant intensive increase towards information and cyber warfare is a definite sign that will spread across the modern military battle. The military muscle of Russia and Ukraine, along with its NATO-backed alliance, will have the qualitative and quantitative military force to engage in a full-scale war. Unlike in the past battles, information warfare will be key.

The Russian intelligence services, feeling newly confident by overwhelming victories in Ukraine and potentially elsewhere, are likely to significantly ramp up cyberattacks, election meddling, online disinformation, covert activities, and support for extremists across the democratic world. American and European leaders will have to prepare their citizens for significant, sustained increases in defence and homeland-security spending to protect shared interests and our democratic way of life.

In 2005 and 2014, the Ukrainian people toppled pro-Russian leaders from ruling their nation. This trend would continue in the future with civilian unrest despite the brutal invasion and installation of a pro-Russian puppet regime. With their President Zelensky, the heroic Ukrainian people are fighting to secure the democratic values of their society. It is an act of bravery against the oppressive Russian forces by all measures. For the first time in its history, the European Union has delivered weapons for the Ukrainian people to fight back. Almost the entire free world is with Ukraine in supporting its fight against the Russian autocrat. Soon, the Ukraine war could reverberate to other geographies.

While this geopolitical circumstance may be a generational challenge, the United States and its NATO and Indo-Pacific allies will come out more united and robust than they have been in recent years. Over the last several decades, the United States and its allies enjoyed an unusual historical luxury of reduced threats of invasion where autocratic regimes brewing their military strength in the backchannel, launching multiple cyberattacks and information warfare threatening the democratic norms and values of liberal democracies. Ukraine will be an opportunity to strengthen the liberal democratic alliance against oppressive regimes. The alliance’s strength was seen when more than 100 diplomats from 40 Western countries and allies, including Japan, walked out of a speech by Russian Foreign Minister Sergi Lavrov at the UN human rights forum. President Putin has disturbed all other aggressive nationalists worldwide who were on the same track, finding it difficult to support his misguided gambit. It is time that President Biden sends a strong message to the natural partners that participated in the democratic summit in December 2021 to act on the words they pledged. Many other nations should follow the path of building a wall of strength.

(Asanga Abeyagoonasekera is an international security and geopolitics analyst and strategic advisor from Sri Lanka. He has led two government think tanks providing strategic advocacy. With almost two decades of experience in the government sector in advisory positions to working at foreign policy and defence think tanks, he was the Founding Director-General of the National Security Think Tank under the Ministry of Defence (INSSSL) until January 2020. Earlier, he served as Executive Director at Kadirgamar Institute (LKIIRSS).)