Bandwagoning with China: Geopolitics of a container terminal in Sri Lanka 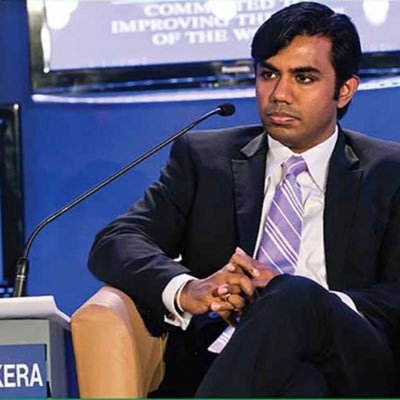 It is rather unusual for trade union leaders to speak geopolitics. “Geopolitics should not be a determinant factor for us to lease our own East Container Terminal (ECT) to India,” said Sanjaya Kumara Weligama, president of the Progressive Workers Association for Commercial Industry and Services (PWACIS) in an interview, along with Secretary of the Trade Union Association, Shamal Sumanarathna. Further praising the shadow behind their strength — Prime Minister Mahinda Rajapaksa — he said, “It was Mahinda Rajapaksa who saved our port…these were all to be privatised.” Justifying the patriotism of the 23 unified trade unions at Colombo Port, he stated, “none of the patriotic forces in the country wants to overthrow the government but help direct the government on the right path.”

President Gotabaya Rajapaksa’s earlier wish to proceed with the tripartite memorandum of cooperation (MoC) — signed in 2019 — with India and Japan, for a 51/49 percent government majority was turned down after the tense protest from the trade unions. President Rajapaksa was on a progressive path, pointing out at a trade union meeting that a 51/49 tripartite agreement is the most suitable geopolitical decision. The politically influenced trade union victory denotes further inward protectionist policies of the government, departing from the liberal economic values. This clear geopolitical miscalculation was deliberate, as the same fear did not exist when the government leased out a port to China for 99 years. The contrived fear of external powers taking over Sri Lanka’s strategic assets hyped up by ultra-nationalists will further drag the ailing economy into a narrow corridor of very few opportunities, thereby impacting individual lives. Apart from geopolitics, another factor was reported in the media, which was the proposed Sri Lankan High Commissioner to India’s involvement misleading the President to make an illicit payment.

Days after Indian Foreign Minister, Dr S. Jaishankar’s successful bilateral visit to Sri Lanka, the popular newspaper, The Sunday Times, captured the ECT port deal referring to Chinese intelligence as the only hindrance to moving the agreement forward. What the newspaper picked was the most critical underlying factor, the Chinese geopolitical push towards the island’s strategic decision-making process where Beijing has become the largest sphere of influence. At the same time, when the ECT contract was refused to an Indian company, Adani Group, the Sri Lankan cabinet decided to award a renewable energy joint venture project worth US$ 2 million to China, which is a concern to India’s security due to the geographical proximity of the project to the Indian shoreline.

Geopolitics has been playing a multivariate role in determining Sri Lanka’s relations with India, China, and the US. Geopolitical dynamics vis-a-vis India’s China stance has a direct impact on Sri Lankan foreign policy that prefers to hedge between China and India. Sri Lanka’s growing Chinese influence has swayed the Indo-Lanka relationship significantly. The danger of port geopolitics is still not understood by the hedging policy circle where they have preferred to bandwagon with Beijing, reminding that a single submarine visit to Colombo port could alter Indo-Lanka bilateral security relations, impacting domestic politics of Colombo in a similar manner as the 2014 Chinese PLAN submarine port call did.

Geopolitical dynamics vis-a-vis India’s China stance has a direct impact on Sri Lankan foreign policy that prefers to hedge between China and India.

President Gotabaya Rajapaksa is shackled by an invincible geopolitical grip by an emerging extra-regional power in China. The Beijing factor cannot be discounted when it comes to the nation’s strategic ports. It has altered the western and southern shoreline, making two entry points — the Hambantota Port in the deep south and the Colombo Port City in the west — and the reclaimed seafront next to the main economic artery of the nation — the Colombo Port and its CICT terminal. China already operates and has full control of the CICT terminal next to the ECT in Colombo Port.

Geostrategic significance of Sri Lanka is determined by its ports, the entry points to the island. China strategically carved its path 13 years ago, tagging Sri Lanka along with its larger strategic mental map, the Belt and Road Initiative (BRI). The strategic thinkers in Beijing snaking a path to invest in Sri Lankan ports decided that even if there is minuscular returns, such as from Hambantota Port; to remain in the island for a longer duration was the priority. Thinking long term, China established its presence at the third strategic geographical corner of the Indian periphery, the other two port access points from land and sea being Pakistan and Myanmar. These two countries have been a major focus in China’s BRI with the China–Myanmar Economic Corridor (CMEC) and the China-Pakistan Economic Corridor (CPEC).

In the backdrop of a growing Sino-Pak and Sino-Myanmar dynamics, India’s bilateral and multilateral interests including connectivity with other South Asian regional nations have been hampered. Indian foreign policy would have to more cautiously consider the Chinese sphere in this regard. It is as if the ancient Chinese Wei Qi board game is played at three points; moving the power balance to dominate its opponent in a non-linear strategy, where Sri Lanka, Myanmar, and Pakistan have preferred to bandwagon with China which is seen as the strong future power, departing from the balancing strategy with India. In balancing, it is safer for Sri Lanka to work against aggression with like-minded allies than to bandwagon. According to Stephen M. Walt in his work ‘The Origins of Alliances,’ “the weaker the state the more likely it is to bandwagon rather than balance.” Deteriorating economic conditions with multiple miscalculated strategic choices has weakened the Sri Lankan state, and it is now bandwagoning with China.

The government of Sri Lanka has revisited their own strategic choices many times, resetting previous decisions either yearly or regime to regime, which questions the inner weakness of its strategic circle. In 2015, when the Sirisena-Wickramasinghe government came to power, a decision was taken to investigate into and halt all Chinese projects. Several months later, they recommenced by adding some extra financial burden. When Gotabaya Rajapaksa came to power in the end of 2019, he promised to revisit the 99- year lease of Hambantota Port, seeing it as a huge loss of a strategic asset and claiming it back from China. A few days after ECT was cancelled, several questions were raised on Hambantota-Chinese agreement by the Chairman Ports Authority, General Daya Rathnayake, sending a signal to New Delhi that even Chinese agreements could be questioned. The U.S. MCC grant, SOFA and Japanese LRT which was secured during the previous regime were all frozen and cancelled by the current dispensation. Most of these decisions revisited with a weak strategic sight were all politicized and bloated out of proportion to the public as securing national assets, protecting sovereignty, and highlighting national security which has little relevance. The loss from these progressive partnerships that are also PPP’s are immense, some seen from an economic point of view as an island moving against the global norms of trade and introducing malign economic practices. The change of decisions from East to the West terminal at a weekly cabinet meeting depicts inconsistency which will impact investor confidence.

A turning point at UNHRC

Sri Lanka faces another daunting challenge at UNHRC in the months of February and March. The Human Rights Watch Report 2021 has projected a deteriorating human rights footprint in the Gotabaya Rajapaksa regime, questioning militarization, force cremation, long-neglected Tamilian grievances, and a few other areas of concern. Further, the UN High Commissioner for Human Rights, Michelle Bachelet, has warned that the council would make a “critical turning point” in its dealings with Sri Lanka at the upcoming session due to Colombo’s long overdue commitments and present developments of the regime, especially the militarization factor. While Sri Lanka has signalled to withdraw last year from the UNHRC, this year the government is more likely to dismiss the allegations and follow the same path as before. The Sri Lankan Foreign Secretary in an interview highlighted that these allegations are coming from the global north towards the global south, and that the south will help Sri Lanka. This is an incorrect assessment which will further polarize the nation with the global north, not realizing that Michele Bachelet is from the global south, a Chilean and a respected individual for her commitments to human rights. Sri Lankan policymakers’ hope remains that nations like China would come to its rescue, but it is important to understand that Beijing’s focus is different to Sri Lanka’s and its larger geopolitical interests would overshadow local issues.

A massive protest rally was held in the northern province with thousands of participants. According to TNA MP Sumanthiran, “The march was held to protest the Government’s constant restrictions on minorities, land grabbing in the North, and to demand the release of Tamil political prisoners, against the government’s forced cremation policy of COVID-19 victims and all other human rights violations in the country.” It is time that Sri Lanka works on its commitments at UNHRC and implements its recommendation, and reverses the earlier withdrawal from the UNHRC. It has been 34 years since the Sri Lankan state has spoken of devolution of power and the 13th amendment is still an unfulfilled commitment by subsequent governments. It is time that these concerns are addressed and the nation returns to a genuine reconciliation process. A delicate balance in domestic policy — increasing the democratic footprint — and in foreign affairs is vital.

A recalibration to balance rather than to bandwagon is the need of the hour.

(Asanga Abeyagoonasekera is an international security and geopolitics analyst and strategic advisor from Sri Lanka. He has led two government think tanks providing strategic advocacy. With almost two decades of experience in the government sector in advisory positions to working at foreign policy and defence think tanks, he was the Founding Director General of the National Security Think Tank under the Ministry of Defence (INSSSL) until January 2020. Earlier, he served as Executive Director at Kadirgamar Institute )