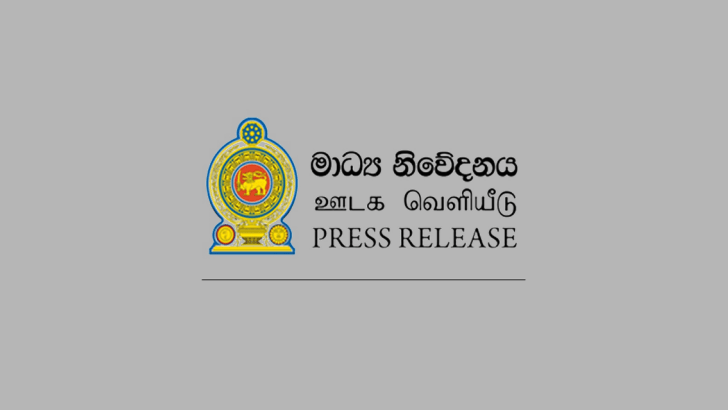 President Gotabaya Rajapaksa, in response to the joint statement received by him on Tuesday, 26th of April, 2020 with the signatures of leaders of major opposition political parties, informed them that the dissolved Parliament could not be reconvened.

The reply letter sent on 29th April, 2020 addressed to the former Opposition Leader Sajith Premadasa pointed out that it has been observed that the parties who have signed the joint opposition statement did not believe it is essential to hold elections.

The letter signed by the Secretary to President, P.B Jayasundera stated that the opposition has resorted to a narrow political agenda at a time when the entire government machinery is committed to combating and containing the Covid-19 virus.

Following is the full letter sent by the Secretary.

Joint Statement of the Opposition

This is with reference to the views expressed by the leaders of the main political parties in the opposition in the Joint Statement you forwarded on 26. 04. 2020.

His Excellency the President Gotabaya Rajapaksa has instructed me to inform you that going by the statement, it is evident that the parties who have signed the statement do not believe in holding elections and instead engage in a narrow political agenda at a crucial time when the government is striving to safeguard public health, social security and welfare. It is observed that these parties do not appreciate the immense sacrifices by the government bodies such as Health and other Public Services, Tri-Forces, Police and the private sector to contain and eliminate Covid-19 pandemic.

I have been instructed to convey you that the validity of the above dissolution notice is confirmed by the fact that all the parties who have signed the joint statement have accepted it.

I have been further advised to inform you that the dissolved Parliament cannot be reconvened and the election was scheduled to be held on 25.04.2020 according to the dissolution notification issued via the Extraordinary Gazette on the 2nd of March 2020 and subsequently it was postponed to 20.06.2020 by the Election Commission.

In addition, His Excellency the President has instructed me to notify you that the requirement to abide by Article 70(7) of the Constitution does not arise.

Secretary to the President