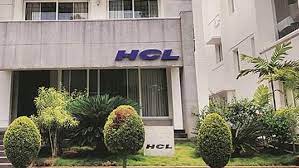 Amid the ongoing economic crisis in Sri Lanka, HCL Technologies said that it has not seen any business impact on its deliverables, or any slowdown in hiring in the region, according to a top executive.

India-based HCL Tech employs 2,000 people in Sri Lanka. Last month, the company faced a hiccup when the power went off for 13 hours. With credit lines from the Indian government, and supplies that are coming in, power cuts have now been reduced to three to four hours. In the meantime, the company said that it has adjusted the wages of people and adjusted to inflation.

VV Apparao, Chief Human Resources Officer (CHRO), HCL Tech, who spoke to media persons on April 21 after announcing FY22 results, said, “The Sri Lanka situation is twofold. One is inflation that is running high and second is (lack of) the essential supplies especially diesel for generating power.”

The company is operating to 50-60 percent capacity in its offices in Sri Lanka. “We are treating it like a BCP situation and then providing all the support. And we are even ready in case there is any emergency we are ready to airlift our people to Indian locations. But right now it is business as usual. The hiccups are there, but not so much that it disrupts our business at this point in time,” Apparao said.

On whether the company would pause its expansion in the region, Apparao said that so far the company has not seen any slowdown in terms of recruitment right now. “The plans are continuing. But we are closely watching the situation,” he added.