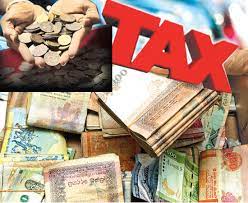 Sri Lanka must tighten monetary policy and raise taxes to address its debt crisis, a senior International Monetary Fund (IMF) official said on Tuesday, even as Lanka’s President Gotabaya Rajapaksa and the cabinet put in motion plans to reduce his wide-ranging powers.

Anne-Marie Gulde-Wolf, acting director of the IMF’s Asia and Pacific Department, said “The requirement for fund lending will be progress toward debt sustainability,” calling on Sri Lanka for measures to increase tax revenues to address critical spending needs. “Monetary policy has to be tightened to keep inflation in check,” she said.

The Asian region faces a “stagflationary” outlook amid significant uncertainty with economic growth being lower than previously expected and inflation being higher, she said.

Meanwhile, trading in Sri Lanka stocks was suspended for a second day with investors getting just five minutes of transactions between halts, as the market continued to slide amid an economic crisis.

The cabinet on late Monday approved a proposal by Prime Minister Mahinda Rajapaksa — the president’s brother — to return to the 19th amendment of the constitution “with necessary changes.” The Cabinet agreed to appoint a sub-committee to prepare a draft bill that “entrusts more powers to the Parliament by further strengthening the democracy,” according to press statement issued on Tuesday.

Protesters, who have been camping at the main beachfront outside President’s Secretariat in Colombo, have now extended their protest to Prime Minister Mahinda Rajapaksa’s office, as they intensified their demand for the government to step down. The protesters have set up the ‘Gota go home village’ in Colombo.

In a fresh warning, the World Bank said more Sri Lankans will slip into poverty this year. “Around 11.7 per cent of people in Sri Lanka earn less than $3.20 per day, the international poverty line for lower-middle income countries, up from 9.2 per cent in 2019,” the Bank said.