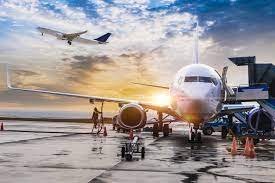 South Indian Airports have become critical for Sri Lanka to maintain its air connectivity with the rest of the world while air carriers face additional costs.

With the crisis intensifying in the island nation, more players Airlines are planning to land at Indian Airports. Etihad Airways plans to start landing in Cochin from July 15.

The number of flights diverting to India for refueling has increased from June 29 after Sri Lanka’s Civil Aviation Authrity officially informed the airlines that no ATF would be available.

Technical landing for refuelling is expected to bring additional revenue of around 100,000 Indian Rupees per flight for the airport operators. The state governments also get revenue from taxes on ATF. Mainly aircraft from West Asia and that en-route to Europe are depending on Indian airports for refuelling.

The Adani group-run Thiruvananthapuram airport has been serving as a refuelling hub for Sri Lankan and West Asian Airlines since May end. Until now, the airport handled 90 flights, which included 55 flights of SriLankan Airlines bound for Sydney, Melbourne, and Paris. In Sri Lanka, ATF was available only for air ambulances and flights making emergency diversions. This restriction would be in place till July 13. Kochi airport handled 28 flights since June 29, including those operated by SriLankan Airlines, Air Arabia, Jaze¬era Airways and Air AirAsia Malaysia.

Kochi airport is offering a 25 per cent discount on landing charges it levies on airlines to attract more such technical flights. It was only in July that Cochin airport started availing technical landing facilities. The escalation of political turmoil in Sri Lanka has not resulted in large-scale cancellation of flights to the country.

As of now, only flydubai has decided to cancel its Colombo flight. A SriLankan Airlines spokesperson said on Saturday there is no change in its schedule. Cochin International Airport (CIAL) spokesperson P S Jayan said Etihad Airways has approached the airport for a refuelling halt for its Colombo-Abu Dhabi flight from July 15.

CIAL managing director S Suhas said the management’s prompt response and adaptability to the changing situation has helped it connect with foreign carriers and make available its fuel hydrant system. During the first three months of the current financial year, the country’s ATF sales increased by 86 per cent to 1.7 million tonnes (MT). This compares to 0.937 MT during April-June of the previous financial year.