No Final Decision yet on Airport re-opening in January 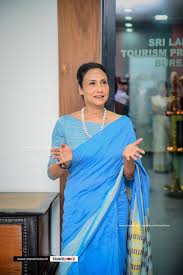 The government hasn’t made a final decision yet on opening up Sri Lanka’s borders for foreign travelers in January next year, Sri Lanka Tourism, Chairperson, Kimarli Fernando said.

Taking part in a webinar organized by Advocata Institute and Sri Lanka Tourism today, the Chairperson noted that the Cabinet of Ministers is currently considering a proposal put forward by the tourism authorities to issue six-month tourist visas instead of current one-month visas to attract high spending and long term tourists to the country.

She also noted that Sri Lanka Tourism Promotion Bureau plans to roll out the global marketing campaign from early next year, with much more weight on digital channels.