Sri Lanka and Thailand eye to finalize the Proposed FTA 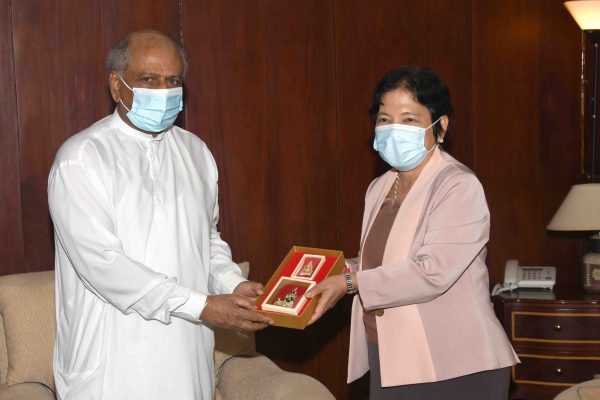 The Foreign Minister Dinesh Gunawardena and the outgoing Ambassador of Thailand in Sri Lanka Chulamanee Chartsuwan has endorsed the importance of finalizing the Free Trade Agreement to spearhead the bilateral economic and trade relations.

The two countries had launched negotiations for an FTA in July 2018. However, the negotiations were stalled due to developments in Sri Lanka’s political sphere.

The current government which came into power in late 2019 is currently formulating a new trade policy for the country.

Speaking further on trade relations between the two countries, the Minister has highlighted the much-untapped potential and hoped that these untapped areas would be rejuvenated and geared through the implementation of the Strategic Economic Partnership which was signed in 2018.

He noted that Thailand has the potential to invest in Sri Lanka especially in the plantation and agricultural sector.

The Minister also remarked that Buddhism is the main linking force between Thailand and Sri Lanka, and observed that many Sri Lankans visit Bangkok for tourism and business and noted that the growing relationship between Sri Lanka and Thailand is merit to their relations. Moreover, he noted the visits of high-ranking officials in the past which have inspired and strengthened Sri Lanka Thailand relations, and hoped that such visits will continue.

The Ambassador, expressing her compliments to the Foreign Minister, said that she has served in Sri Lanka for three years and seven months and she feels privileged to have built excellent relations, promoted mutual interests of Sri Lanka and Thailand, and built people to people contacts during her tenure.