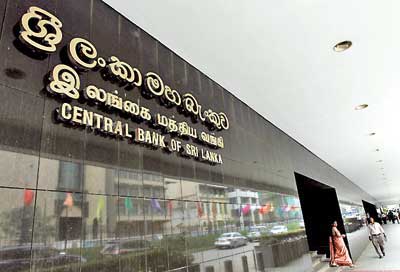 The Central Bank of SRI Lanka held policy rates steady on Thursday (Oct 6), saying monetary conditions remain “sufficiently tight” after a massive rate-hike campaign earlier in the year as the crisis-hit nation grapples with red-hot inflation and shortage of US dollars.

The South Asian island of 22 million people is battling its worst economic strife since independence from Britain in 1948, as a debt crisis led to an acute US dollar shortage to pay for essential imports of food, fuel and medicine, a plunge in the rupee currency and runaway inflation.

Nine out of 14 economists and analysts polled by Reuters had forecast rates to remain unchanged, after the Central Bank of Sri Lanka’s (CBSL) aggressive tightening campaign saw rates raised by a total 950 basis points so far in 2022.

“Monetary conditions remain sufficiently tight to achieve the envisaged disinflation path in the period ahead,” CBSL said in its statement.

“The contractionary fiscal policies would complement the effects of tight monetary policy measures already in place, helping to mitigate any build-up of aggregate demand pressures, thereby anchoring inflation expectations and bringing down headline inflation to the targeted level of 4-6 per cent over the medium term,” they added.

Governor P Nandalal Weerasinghe said the bank needs to keep rates high to bring down inflation, adding prices are expected to slow in December and January.

“The biggest challenge for the economy is inflation, businesses are struggling because input costs have risen steeply,” he said.

Inflation remains uncomfortably high, hitting a record of 68.9 per cent in September year on year with food inflation up 93.7 per cent, exacerbated by the rupee currency’s dive and a global surge in commodity prices.

“The key factor ahead is the 2023 budget and tax proposals which will support demand pressure, but also impact growth momentum to some extent,” said Lakshini Fernando, a senior economist at investment firm Asia Securities.

Sri Lanka’s economy is in a deep slump, shrinking an annual 8.4 per cent in the June quarter in one of the steepest quarterly declines amid fertiliser and fuel shortages. The central bank is predicting an 8.7 per cent GDP contraction for 2022.

Earlier this year, Sri Lanka defaulted on its foreign debt for the first time in history.

Fernando said the focus would be on the policies the government announces to bring down debt to sustainable levels, a key criteria for securing a bailout package from the International Monetary Fund.

“We know there are a number of tax measures coming up in the upcoming budget, but with real consumer spending already impacted with high inflation, further tax increases will dampen economic momentum to some extent,” Fernando added.

Sri Lanka expects the IMF board to approve a US$2.9 billion loan by year-end, officials from the country’s central bank told investors during a virtual presentation in late September, sources participating in the event said.

Weerasinghe reiterated the IMF board approval for bailout funds could come in as early as December.

“Sri Lanka is expecting to get financial assurances from creditors by November and if so we can get a board level agreement from the IMF in December. If financing assurances are delayed, then the IMF programme could also be delayed,” he said