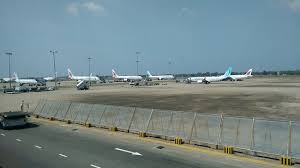 Sri Lanka plans to resume international flight operations from the 26th of December allowing commercial and cargo flights to operate to Island Nation without a restricted schedule, the Civil Aviation Authority (CAA) announced.

The CAA is expected to issue directives to the stakeholders on the opening of Sri Lanka”s airspace for commercial as well as charter flight operations, shortly.

The CAA imposed restrictions on flights entering the country due to COVID-19 since mid-march.

Quoting top CAA officials, local media reported that commercial flights and aircraft operating would be allowed to land at the Katunayake, Mattala, Jaffna, and Batticaloa airports, without a fixed schedule, from the 26th of this month onwards.