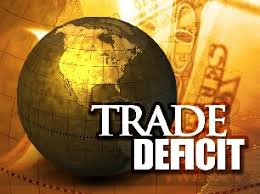 “While imports continued to be restrained under low global oil prices and import restrictions imposed by the Government, exports dropped in October 2020 due to the disruptions to local production and support services following the resurgence of COVID-19 cases since early October and weak demand from foreign buyers,” the CB stated.

The cumulative deficit narrowed to $4.85 billion during the ten months up to October from $6.45 billion in the same period in 2019.