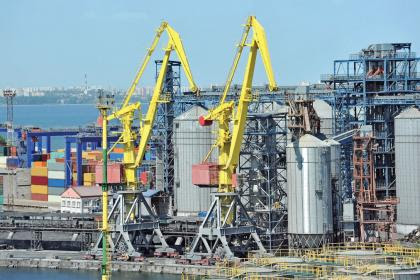 Sri Lankans have been urged not to overcrowd fuel stations in the country as the fuel distribution process for vehicles as per the QR code system which was delayed earlier, will be implemented from Monday at fuel stations across the island nation, local media reported.

“The National Fuel Pass QR code system will be implemented from tomorrow at fuel stations across the island,” the Power and Energy Minister of the country Kanchana Wijesekera said.

He requested people to avoid overcrowding as the public will have the entire week to obtain their fuel quota for the week from fuel stations across the island, Colombo Gazette reported.

The minister further said that fuel distribution under the National Fuel Pass portal along with the last digit of the vehicle’s registration number will be prioritised for fuel stations that have adopted the QR code system.

“The last digit of the number plate and other systems that were in place earlier will not be valid from tomorrow (1st August),” he added.

The minister said that the vehicles are registered for the fuel pass and a QR code is allocated once the vehicle chassis number and other details are verified, the fuel is issued under a quota system for those registered with the national fuel pass.

The small four-wheelers including cars and vans will be distributed with 20 litres of fuel for a week whereas the heavy vehicles such as buses and lorries will be given 40-50 litres of fuel respectively, Colombo Gazette reported.

The fuel pass was introduced to ensure a weekly fuel quota for motorists given that Sri Lanka is unable to import fuel in adequate quantities, the minister had said earlier.

Earlier, the refuelling process for the vehicles as per the QR code system was scheduled to start on July 25 but was delayed due to a fuel shortage in the country.

The Power and Energy Ministry said, that the pilot project was initiated from July 21 until July 24 at selected filling stations in Colombo and other districts before extending nationwide from July 25.

“All arrangements are in place to launch the distribution process by scanning the QR code from today. The fuel will be issued for a maximum of Rs. 1,500 for motorcycles, Rs. 2,000 for three-wheelers and Rs. 7,000 for other vehicles during the course of next week until the fuel permit takes effect,” the ministry said.

“The vehicles with the number plate’s last digit ending with 6, 7, 8 or 9 will be allowed for refuelling today, Wednesday and Friday,” it added.

However, the ICTA had ruled out the announcement saying that under the current situation, the fuel pass will only be used in selected gas stations and it will take another few days to implement this system across the island.

Meanwhile, the World Food Programme said that the remaining petrol reserves in Sri Lanka are likely to be insufficient to meet the needs of people.

“Remaining petrol reserves will likely be insufficient to meet normal needs. The situation has impacted almost all aspects of daily life, thwarting people’s ability to find and go to work and interrupting schools and government services,” WFP said as quoted by Colombo Gazette.

The Sri Lankan government has announced the restrictions for the next 12 months as it faces a severe fuel supply shortage.

Notably, the economic crisis which is the worst in Sri Lanka’s history has prompted an acute shortage of essential items like fuel. Long queues at fuel stations in Sri Lanka are the new normal and prices fluctuate subject to availability.

The economy of the country is bracing for a sharp contraction due to the unavailability of basic inputs for production, an 80 per cent depreciation of the currency since March 2022, coupled a lack of foreign reserves and the country’s failure to meet its international debt obligations.