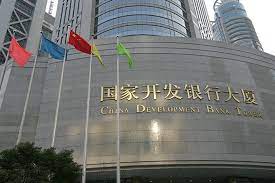 Sri Lanka secured a US$500 million loan from China Monday (Apr 12) in a desperate bid to shore up its foreign exchange reserves as the local currency hit a record low.

The Sri Lankan embassy in Beijing said the loan agreement with the China Development Bank will “infuse vitally required foreign exchange” into the island’s pandemic-battered economy.

It is the second Chinese loan made in less than three weeks.

China cliamed that the undisclosed interest rate is “highly competitive”. the CDB is exepected to complete the transcation during the SInhala and Tamil New year.

Last month, the People’s Bank of China granted a US$1.5 billion currency swap to finance imports from China, a key supplier of manufactured goods to the island which is struggling to pay for imports.

Sri Lanka’s rupee hit a record low of 202.73 to the US dollar, as the country’s foreign reserves fell to US$4.05 billion at the end of March, the lowest in 12 years.

The country’s economy contracted by a record 3.9 per cent last year.

A ban on importing non-essential goods and food has been in place for 13 months as the economy struggles to recover from militant attacks in March 2019 that killed 279 people and destroyed the vital tourism sector.

Chinese influence in the South Asian nation has been growing in recent years, through loans and projects under its vast Belt and Road infrastructure initiative, raising concerns among regional powers and Western nations.

Between 2005 and 2015, Colombo borrowed billions from China, accumulating a mountain of debt for expensive infrastructure projects.

Sri Lanka was forced to hand over its strategic Hambantota port on a 99-year lease to a Chinese company in 2017 after it was unable to service the US$1.4 billion debt from Beijing used to build it. (Sources: AFP and Chinese Embassy in Sri Lanka)