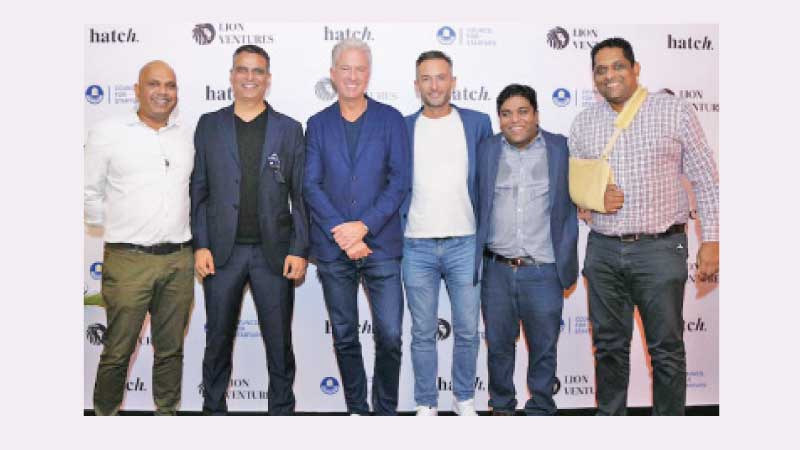 The investment ecosystem in Sri Lanka has drastically changed over the last few years, leading to
more opportunities and growth for local entrepreneurs. To better understand this growth, the Council for Startups teamed up with Lion Ventures, Hatch and Arteculate to host a group of powerful players, each with an impressive investment history.

The event which took place on 13th October showcased some of the biggest entrepreneurial minds in Sri Lanka,
alongside one of Europe’s biggest Super Angels. This group consisted of Dr. Cornelius Boersch, the German serial entrepreneur/European Business Angel for the year 2009, Prajeeth Balasubramaniam, Chairperson of the Council for Startups of the Ceylon Chamber of Commerce; and General Partner of BOV Capital Ltd, and two Co-Founders of
Hatch, Nathan Sivagananathan, and Jeevan Gnanam, who is also the Founder of Veracity AI. During the discussion, these seasoned entrepreneurs spoke on the growth of Sri Lanka`s investment ecosystem and its future potential.

Where are we now?

Prajeeth, who began investing in Sri Lanka over 12 years ago, stated that his reason for picking Sri
Lanka was due to its nascent market, which provided an opportunity for early investors. He explained
that when BOV Capital was first created in 2009, an investment ecosystem did not exist in the
country, with no venture capitalists or angel investments.
“When we first launched angel investments, we hosted a massive party and invited all our friends,
but we didn’t have any angels. But this eventually changed and the ecosystem in Sri Lanka grew”.
He stated that this growth was showcased by BOV Capital`s Venture Engine competition that began
in 2012 and has led to several successful investments, the Angel Network which has invested in 25
companies and 12 more companies at the venture capital stage. This has led BOV Capital to invest
Rs. 2 billion just through their network, over the last 10 year.
According to Prajeeth, this slow traction has led to a mindset change in local investors, with 100
angels putting a million rupees each at the launch of their Angel Fund.
“Over the years we have seen this ecosystem grow, and it is not just about the exits, it’s about the
value created. Being in this ecosystem we have seen a lot of failures, but we have also seen a few
companies that have a lot of value.”
Nathan, who has been focused on purpose-driven funding and women in entrepreneurship, also
shared a similar outlook on the growth of the investment ecosystem in Sri Lanka. He stated that over
the past three years Hatch has seen a lot of investors focusing on certain new sectors, and while

bigger companies are still cautious about taking risks, there have been people willing to support and
drive the ecosystem forward.
He stated that in this regard, the COVID-19 pandemic was a blessing in disguise for local startups and
the ecosystem since it gave them air time with global investors, which led to them finding partners
and global alliances.
“Fortunately, Jeevan and I were able to use our overseas networks and we were able to connect
startups with global organizations that previously refused to meet. This led us to bring in some great
speakers, and partnerships, helping us grow during that period.”

Nathan also stated that he and the other two Co-Founders of Hatch, Jeevan and Brindha Selvadurai-
Gnanam, have also been looking at supporting a gender-based ecosystem. He explained that

currently there is a massive gap in gender-based investments, with female founders having a harder
time getting meetings with potential investors, to get a product out there and scale it.
“We decided that these female founders need additional support, so we brought in accelerators,
incubators, and also some international programs for business building. We felt that by putting in
$1M into a gender-based fund, we can prop up Sri Lanka’s economy as well. We see this both globally
and in South-East Asia, where a lot of the most successful companies are either led by women or are
working towards solving the gender-related market.”

Future of our Investment Ecosystem
Prajeeth stated that currently, the Sri Lankan market is still nascent, leaving startups struggling to
grow fast. He explained that the country lacks a growth stage, leaving a gap between the Series A
startups and the private organizations.
He stated that they are currently working to bridge this gap, with angel investments, and seed capital
coming, alongside a lot of big companies, and high net worth investors.
“With bigger venture capitalists coming in, we can help these startups either scale within Sri Lanka
or go to market globally. This way, companies that can accelerate here will scale and certain B2B and
SaaS companies can be taken out of the country.”
Prajeeth also stated that they are constantly lobbying the government to support the growth of the
ecosystem, and believes that as the country progresses, the framework surrounding the investment
ecosystem will become more refined. He explained that hopefully with the next budget, better
structures for investments may come in, which will help attract more investments to Sri Lanka and
help companies set up venture funding structures.
Speaking with his experience in similar markets, Dr. Cornelius stated that within the next 10 to 20
years, the face of Sri Lanka’s economy will be startups and entrepreneurs, instead of traditional
companies. He attributed this to the country’s overall open mind towards entrepreneurship.
“If you`re a founder or an investor in Sri Lanka, I can tell you that the best is in front of you. You
probably cannot imagine Sri Lanka being the flavour of the month, but it will be a hotspot. I was one
of the early investors in China and India, I predicted their coming and it’s the same with Sri Lanka.”
He stated that a country like Sri Lanka is a good market for entrepreneurs since there is far less
competition when compared to places like Berlin, Silicon Valley, or New York. Moreover, he explained

that Sri Lanka`s ecosystem will automatically grow, due to its demographic and the growth rate of
South-East Asia, which surpasses that of Europe.
However, Dr. Cornelius stated that those who run the country need to have a vision for what it would
be in 10-20 years from now, and look past traditional sectors such as tourism and agriculture. He
went on to state that this includes having more venture capitalists, and exit channels for companies
to be acquired.
“You cannot start a company if there is nobody to buy it one day. You also need the traditional
companies here to be more open-minded about acquiring these startups.”
Dr. Cornelius stated that everybody within the ecosystem needs to work together, from the
universities, startups, and already established companies. He explained that if the CEOs of big
companies would regularly sit with startups, it can lead to a change in mindset that would help both
parties learn about each other.
“Be optimistic about it. But, to grow the ecosystem we need incubation centres like Hatch, where
you can meet like-minded people. We also need investors and politicians who support us with the
ecosystem, and we need entrepreneurs to develop it further.”