U.S. Bans Import of dogs from Sri Lanka and other countries 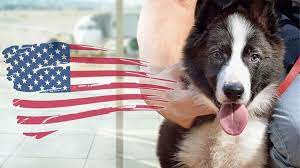 The United States is imposing a ban on the entry of dogs from Sri Lanka and several dozen other countries that have been identified as “high risk for importing dog rabies” including all South Asian nations except for the Maldives.

Starting from the 14th of July 2021, the US Center for Disease Control and Prevention (CDC) announced that those who intend to import a dog from the country must request advance written approval from CDC at least six weeks before arrival.

“No CDC Dog Import Permits are issued upon arrival. Dogs that arrive from high-risk countries without advance written approval from CDC will be denied entry and returned to the country of departure at the importer’s expense,” CDC said issuing a statement.

The advisory came amid the reintroduction of canine rabies virus variant (dog rabies) into the United States.

In 2020, CDC said there had been a “significant increase” compared with the previous two years in the number of imported dogs that were denied entry into the United States from high-risk countries.

Due to reduced flight schedules, it said dogs denied entry are facing longer wait times to be returned to their country of departure, leading to illness and even death in some cases.

The temporary ban is also in effect for other nations that not listed, but the dogs have been in any high-risk countries during the previous six months.