A surging crisis in Sri Lanka: A new wave of COVID-19 is causing chaos 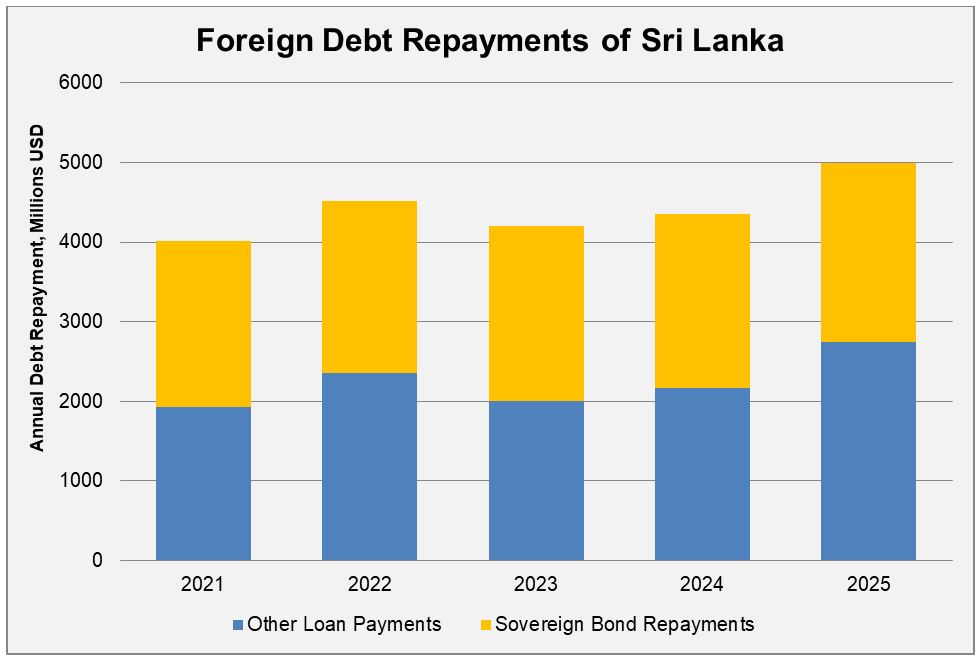 Over the last few months, the world has watched India struggle through an unimaginable COVID-19 situation – over the first half of 2021, the pandemic’s second wave wreaked havoc on the country’s fragile health sector, bringing it repeatedly to the brink of collapse.

This prompted analysts to term the situation in India a ticking time bomb for the whole South Asian region. One country that has seen this play out in a large second wave is the war-ravaged and economically burdened Sri Lanka.

Earlier in the year, Sri Lankan health authorities stated that a failure to maintain COVID-19 guidelines during the Tamil-Sinhala New Year led to surges in new cases, and they also confirmed that a new virus variant was behind the outbreak, the more contagious B117 or Alpha variant. Since then, the emerging Delta variant has been found to be present in the population too.

By 5 May, the number of new cases had crossed 1,000, a figure that’s officially higher per capita than India. Bed capacity in hospitals was already insufficient to handle the number of new patients being detected and health authorities were encouraged to do what they could to curtail the further spread of the virus.

Although authorities introduced stricter guidelines in response, banning weddings and religious gatherings among other restrictions, officials became locked in a tussle over whether to impose ‘complete’ lockdown or ‘partial’ lockdown.

In the end, Sri Lankan President Gotabaya Rajapaksa ended up rejecting both options, citing economic complications. Since then, weak pseudo-lockdowns have been repeatedly imposed and withdrawn on Sri Lanka, with new cases reaching more than 3,000 a day by early June.

At the end of 2020, the Central Bank of Sri Lanka declared that the country’s economy had contracted by 3.6 percent, recording the deepest recession since 1948. While designed to protect the economy from further damage, Sri Lanka’s repeated weak lockdowns have allowed case numbers to climb and harmed already struggling growth.

Even before the pandemic began, the 2019 Easter bombings paralyzed Sri Lanka’s lucrative tourism industry and, just as it was recovering from the attacks, the COVID-19 pandemic hit, leading to mobility restrictions and other containment measures, nationally and internationally.

Prior to this, the economy and government funds were already in trouble, as Sri Lanka struggled with revenue collection. In addition, the local currency came under pressure and fell to a record low, only to be bailed out by a $660 million loan from China.

Sri Lanka also signed a concessional financing agreement with South Korea worth the same amount to finance new projects and boost the economy. While this may be helpful in the long term, such agreements added to existing debts and in the face of a looming economic crisis, prices of commodities have soared, leaving the government low on cash.

This meant the vaccine program could only commence in late January when India gifted just 500,000 doses of the Covishield vaccine to its southern neighbor.

As it had barely begun its own vaccine program, India was then struck by its second wave, prompting its government to halt the export of vaccines. This meant Sri Lanka had no access to the vaccines it expected, and its government was subjected to criticism for its mismanagement of the situation and relying on Indian vaccine supplies.

To restart the vaccine program, Sri Lanka turned to the World Bank and secured an additional loan of around $100 million, on top of its existing loan of $166 million from the COVID-19 Emergency Response and Health Systems Preparedness Project.

Even before COVID-19, Sri Lanka was struggling and is yet to recover fully from its civil war. Now, it has come under immense pressure because of its pandemic mismanagement.

While cases have been falling at last over the last few weeks, they remain in the thousands per day, and a huge challenge awaits. The government must not get complacent and accelerate the vaccination rollout as quickly as possible. Otherwise, Sri Lanka could face consequences similar to those seen in India, or even worse still.