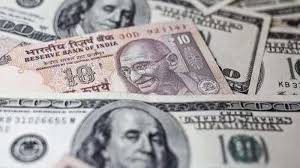 The government has extended suspensions/restrictions on capital forex outflows (outward remittances) by six months with effect from the 2nd of July this year to preserve the country’s shrinking FX reserves.

The Minister of Finance published the relevant orders under Section 22 of the Foreign Exchange Act, No.12 of 2017 in the Extraordinary Gazette Notifications No. 2234/49 last Friday.

According to the Gazette, the government banned the repatriation of funds under the migration allowance that is being sent to family members living abroad for a six-month period.

The repatriation of any current income or accumulated current income (including Employees Provident Fund (EPF), Employees Trust Fund (ETF), gratuity and pensions, or any other retirement benefits) by the emigrants are limited to $10,000.

It was also decided to impose a $20,000 limit on the outward remittances or issuance of foreign exchange for any Sri Lankan individual who resides in or outside Sri Lanka and has obtained a Temporary Residence Visa of another
a country that falls into a category of visa that entitles the individual to obtain permanent
residency status or citizenship in that country at a future date.

Any Sri Lankan who intends to leave Sri Lanka under the Temporary Residence Visa of another country is only allowed to carry $10,000 now as per the new FX rules.

The government also suspended making payments through Outward Investment Accounts for making
investments in overseas by Sri Lankan residents under general permission granted in the Schedule of the Regulations No. 1 of 2021 published in the Extraordinary Gazette Notifications No. 2213/34 dated 03 February 2021, which provided a list of exceptions.

The gazette notification stated that the Monetary Board of the Central Bank have the authority to grant permission in terms of Section 7(10) of the Foreign Exchange Act for the investments on a case-by-case basis which exceeds the limits
specified in the general permission granted in Regulation No 1 of 2021.