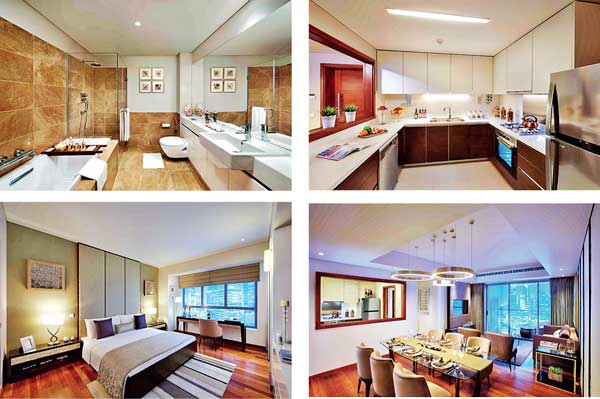 Pre-sales of John Keells Holdings (JKH)’s Pre-sales of ‘Cinnamon Life’ Residential Towers continue to move at a snail’s pace as of 30th of September this year despite the project nearing completion.

“The sales momentum for the residential apartments at ‘Cinnamon Life’ has been relatively slow, in line with the trends seen in the premium segment in the city,” JKH reasoned.

JKH’s affordably-priced units at “Tri-Zen” residential development which is also located in central Colombo was in much better demand with over 60 units sold within the past six months.

Despite the lockdown, JKH continued with the handover process of the residential apartment units at ‘Cinnamon Life’ continued during the past quarter, resulting in recognition of revenue and profits from sales in the project. Revenue and profit recognition in Cinnamon Life will be continuing throughout the financial year as the handover of the residential apartments.

During the quarter under review, ‘The Offices” at “Cinnamon Life” entered into an agreement with a leading global technology company to occupy over 80 percent of space in the 30-story Grade-A office building.

As part of the initial funding strategy of ‘Cinnamon life’, the back-ended final payment of $395 million of the syndicated loan falls due in 2022/23. JKH said that the Group is in the final stages of discussions to refinance a component of this loan while utilizing the proceeds from the sales of the apartments and cash reserves to settle part of the loan.

Whilst the restrictions imposed during the last quarter impacted the momentum of construction at ‘Cinnamon Life’,
particularly the mobilization of labor, the available resources have been mainly focused on the completion of the residences and the office towers, for handover as planned. The finishing work of the hotel, including cladding, installation of the façade, glazing, and interiors of rooms also progressing, the Group has commenced discussions with key tenants