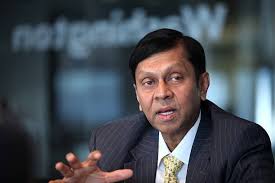 “We are targeting at least $2.5 billion in FDI inflows, that is not an unrealistic target in my view. We have already got commitments for Colombo Port City at a range of about $1 billion and that’s very real, at least we expect $175 million inflows to Chinese tire plant in Hambanthota and around $200 million inflows to pharmaceutical and education sectors,” State Minister for Money & Capital Market and State Enterprise Reforms Ajith Nivard Cabraal told 4th Annual Asia Securities Sri Lanka Investment Conference today.

In the first six months of 2020, Sri Lanka attracted $ 345 million in FDI inflows, compared to US$ 535 million received in the same period last year.

The FDI inflows have been on a freefall after reaching $2.3 billion in 2018 clouded by political uncertainty and several other developments.

“2020 is expected to see even lower levels of investment due to concern over Sri Lanka’s worsening financial situation and increased reliance on the People’s Republic of China (PRC),” the State Department of United States stated in Sri Lanka’s 2020 Investment Climate Statements.

However, the State Minister stressed once the FDI inflows begin to martialize next year, the other investors would soon follow the suit.

“That’s the base. Once you have inflows martializing, there would be so many others would also get excited,” he said.

The government expects to cover a significant portion of the country’s current deficit with FDI inflows next year, with additional pressure coming from recovering imports coupled with external debt service next year.

In order to attract large-scale FDI projects, the government reactivated the Strategic Development Projects Act, which could grant foreign investors with hefty tax breaks leading up to 25 years.