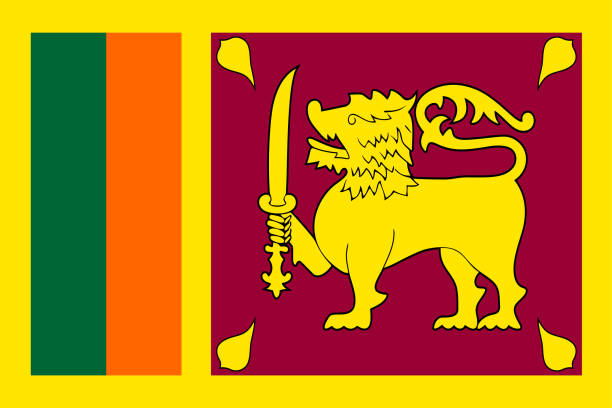 Sri Lanka’s economic meltdown is one of the worst in recent decades, pushing many families into poverty. The situation is rapidly spiraling out of control with multiple ill-prescribed economic policies. The unstable economic crisis is clearly on the verge of igniting a dangerous political-economic crisis that can bring instability to the Island Nation and the Indian subcontinent.

As a result of this crisis, which has been in the making for years, the government encouraged people to travel to work by bicycle. Perhaps not the best solution when the country desperately tries to find answers to basic economic needs. The launch of sailboats, Colombo Dunes in the Chinese Port city, explains the disconnect of policy priorities with the ordinary general public. The government’s current policy path on debt management is a concern for many individuals. Parliamentarian M.A. Sumanthiran questions ’government’s approach to resolving the crisis raises some serious questions. Its focus, almost solely on meeting foreign debt obligations, is draining the country of dollars needed for importing essentials for our people’. The basic economic necessities of the individuals are far from what the policy prescription addresses. The soaring prices of essential items have crippled many household functionalities. It is apparent that common people are struggling to cope with the rising prices and essential items are beyond the means of many. With the spread of COVID, many individual households are confronted with a two-front battle in health and a dysfunctional economy. Another government office assistant, who works at a state institution, cannot complete the construction of his house ‘I can’t finish the construction due to the building material cost’.

Sri Lanka consumer prices shot up a record 14 percent in December, surpassing a previous high of 11.1 from a month earlier. According to the World Bank, five lakh people in Sri Lanka have fallen below the poverty line since the COVID-19 pandemic struck; food inflation has also hit a record 21.5 percent. Supermarket shelves in Sri Lanka have the bare minimum, and rationing milk powder and other essentials, and restaurants can’t serve meals. Apart from the food scarcity, there are power cuts, further adding a burden to the public. The inflation rate surged past Pakistan to make it the fastest in Asia, stoked by failed harvests import restrictions to conserve dwindling foreign-exchange reserves.

With foreign reserves enough to finance a few months of imports, the reserves fell from $7.5 billion to $3.1 billion. In the present, with $1.6b foreign reserves for imports with $7.3b required for debt repayment within the next year, many are even predicting the country may slide down even further in the months ahead. Moody’s downgraded Sri Lanka’s credit rating to CAA2 from CAA1, and the road ahead to attract investment will be challenging. Nishan de Mel, a Colombo based economist, assess ‘it may take up to 5 years for Sri Lanka to get its rating back up’. With the enormous foreign debt service burden to China to the tune of $5 billion, including many other nations and markets, the Sri Lankan economy will not be able to repay even with the present assistance from India, China and other countries. India came forward to assist Sri Lanka in pledging $400 million under the SAARC currency swap arrangement. It deferred a settlement of $515.2 million to the Asian Clearing Union (ACU) by two months.

Further extending the credit facility of $1 billion to import essential items and $500 million for importing fuel from India, will assist the economy immensely to stabilise. The recent successful discussion with Finance Minister Basil Rajapaksa and Indian External Affairs Minister Jaishankar gave the cash strapped economy some breathing space. Colombo’s request to China for debt restructuring during the Chinese Foreign Minister Wang Yi’s visit remains pending. Dushni Weerakoon from the Institute of Policy Studies said ‘it was advisable to go to the IMF, but a debt restructuring perhaps had cost’. Finance Minister Basil Rajapaksa’s aspirations to approach International Monetary Fund (IMF) for assistance, are a more realistic approach however, this remains challenged by ultranationalist forces in the government coalition. Another key barrier to an IMF programme seems to be the Governor of the Central Bank, Ajith Nivard Cabraal, who seems to vehemently oppose a programme of reforms including debt restructuring for no realistic reason. Former Prime Minister, pragmatic in his economic view, says ‘to solve the ongoing economic crisis the Finance Minister’s approach to IMF must not be obstructed’. Prof Riccardo Hausmann from Harvard Kennedy School, looking at the present management of Sri Lanka’s macro-economy was of the view that it reminds him of Latin America in the 1980s and the direction of the Venezuelan economy in recent years.

Furthermore, ‘Sri Lanka has adopted ad hoc policies like capital controls and import restrictions, creating black-market premiums. Sri Lanka has not formulated a viable Fiscal Plan or a Debt Restructuring plan. Inflation is accelerating, and so are black market premiums. Under such circumstances of import restrictions and foreign exchange controls, it would be unfavourable to attract new investments’.

The government has remained undecided on an IMF at many cabinet meetings during the last few months, ignoring multiple warnings from economic experts. Finance Minister Basil Rajapaksa has supposedly taken a prudent measure to invite the IMF “we have written to them and sought specialist advice from them”. Admitting the only solution to come out of the crisis is to seek advice. Finance Minister perhaps senses a worse situation on the horizon if the rising social tension is not addressed. A more profound concern remains about the escalation of the economic crisis leading to a social uprising. In the past, Sri Lanka has encountered two youth insurrections launched by JVP in 1988 and 1971 where thousands of youth sacrificed their lives for ill economic and political practices. George Town Economics Professor Santha Devaraja suggests ‘Most troubling is that the harsh economic conditions have led to violence in the streets’. The context and socio-political drivers are not the same as in the 1980s. However, the present circumstances could trigger a security concern where the government is ready to expand its militaristic footprint and further will reduce the democratic space amidst the economic crisis.

(Asanga Abeyagoonasekera is an international security and geopolitics analyst and strategic advisor from Sri Lanka. He has led two government think tanks providing strategic advocacy. With almost two decades of experience in the government sector in advisory positions to working at foreign policy and defense think tanks, he was the Founding Director-General of the National Security Think Tank under the Ministry of Defence (INSSSL) until January 2020. Earlier, he served as Executive Director at Kadirgamar Institute )